There is still a mathematical possibility of Australia missing out on the final berth.

Australia will take on South Africa in the fifth One-Day International (ODI) of the triangular series at the Harare Sports Club. Both the teams were troubled by minnows Zimbabwe in their previous match, but while South Africa managed to keep calm and win, Australia were handed a humiliating defeat.

Australia, who lost to an opposition they had rammed by 198-runs in their last meeting, will look to start afresh and soothe their wounds by securing a victory and book a place in the final of the triangular series. In their previous meeting against South Africa, the duo of AB de Villiers and Faf du Plessis, both scored a century each to help their team chase down a mammoth target of 328 with overs to spare.

They will once again be without the services of their captain Michael Clarke. His comeback  was short-lived as he walked out retired hurt in the 41st over of Australia’s innings after a gritty half-century in the fateful encounter against Zimbabwe on Sunday. Clarke had missed Australia’s opening two ODIs of the tournament due to a hamstring injury, and will miss the rest of the matches too. George Bailey will be leading the side in his absence. Steven Smith, who was replaced by Clarke, is expected to make a return along with Mitchell Johnson who was rested against Zimbabwe.

There is still a mathematical possibility of them missing out on the final berth, if they lose this match and Zimbabwe secures another upset victory against South Africa in the sixth ODI.

South Africa, who rested key players against Zimbabwe, will like to forget their batting performance against the hosts but will take strength from the clinical performance displayed by their bowlers. Hashim Amla and Quinton De Kock have  been in good form, which is a massive plus for South Africa.  However, they will need to guard against Nathan Lyon who made the most out of the spin-friendly Harare track in the match against Zimbabwe.

Previously, du Plessis had said that the team has the upcoming ICC World Cup 2015, at the back of their minds. They would look closely at the Australian side who too will be a serious contender for the championship. 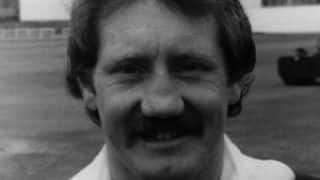