The individual in question has been summoned for a hearing.

The few present at the Sydney Cricket Ground (SCG) for the 5th One-Day International (ODI) between Australia and South Africa witnessed the shenanigans of a naked man running out onto the field of play.

A streaker running out onto a cricket field is a sight to behold, an occurrence that’s quite uncommon in this day and age, so when a naked man ran across the out field during the Fifth and final ODI  between Australia and South Africa at the SCG it was as though the clock was turned backward. According to the Daily Mail, the spectacle was timed to perfection, coinciding with Shane Watson celebrating a half century.

The drama on the field may have amused the crowd greatly but the security at the SCG didn’t take kindly to the streakers antics, as he was promptly chased down, handcuffed and will most likely have a heavy fine imposed on him as penalty. He may also lose privileges of watching live cricket action at the SCG in future.

The individual in question has been summoned for a hearing, and the court will decide the extent of the fine for the streakers misdemeanours. 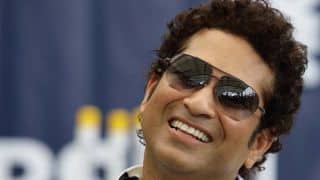