Scans cleared Finch of any danger and he returned to join the Australian team on Friday ahead of the first ODI in Perth.

Australia s limited-overs captain Aaron Finch has been cleared for the first ODI against South Africa on Sunday after being struck on the finger by Mitchell Starc during nets at the WACA.

Finch was hit on the right index finger while batting against the left-arm quick in the opening over of an open-wicket practice session on Friday, and immediately dropped his bat and removed his glove to see how much damage had been done. He was inspected by the team doctor Richard Saw and physiotherapist and left the field, reported cricket.com.au, and short while later was seen leaving the team enclosure with his finger in a cup of ice.

Subsequent scans cleared Finch of any danger and he returned to join the Australian team.

He was last week named full-time ODI captain of Australia, replacing Test in-charge Tim Paine who oversaw a 0-5 defeat in England this summer.Sunday s opening ODI with South Africa in Perth will be Finch s first as full-time leader. 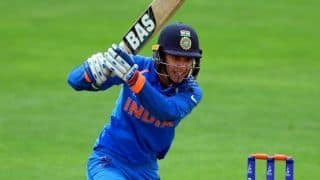 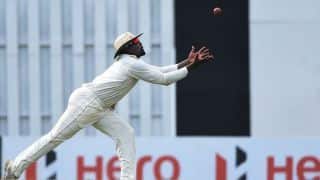