Rain delayed the start of play on day two of the first Test between Australia and South Africa at Gabba, Brisbane. 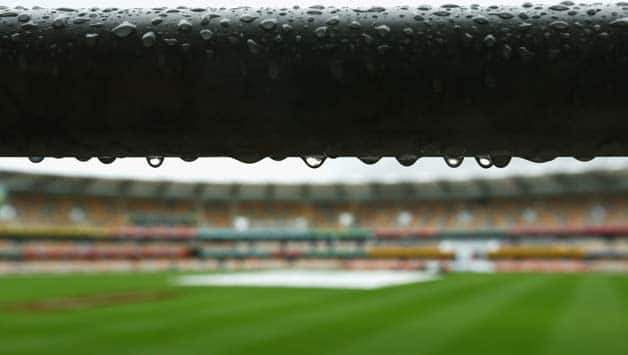 Not a ball has been played on day two of the first Test at Gabba, Brisbane till lunch Getty Images

Rain delayed the start of play on day two of the first Test between Australia and South Africa at Gabba, Brisbane.

The pair rammed home the advantage with an unbeaten century stand as the world’s best team blunted the Australian attack to have the South Africans in command after winning the toss.

At day’s end, the pair had accumulated 3607 runs together in their 58th Test while Amla, the number one-ranked Test batsman, passed 5,000 Test runs.

South Africa reached their position of strength through their resolute batting on a flattening wicket mixed with some missed Australian chances and the rub of the green.

It was a strong statement of intent by the South Africans in their bid to follow up their first-ever series win in Australia on their last tour, in 2008-09.

Kallis had a reprieve on 42 in the over after tea when he miscued Peter Siddle to mid-off where he was safely held by Nathan Lyon, but umpire Asaf Raud checked back whether Siddle had over-stepped.

Replays showed Siddle’s heel on the line and the TV umpire ruled a no-ball for Kallis to stay at the crease much to Australia’s anguish.

Siddle added to Australia’s frustrations when he put down a regulation caught and bowl chance six overs later when Amla was on 74 and South Africa at 206 for two.

Skipper Graeme Smith was out following a review in the 11th over after umpire Billy Bowden initially turned down James Pattinson’s lbw appeal.

Alviro Petersen had a controversial let-off when he appeared out lbw to a Ben Hilfenhaus inswinging yorker when on 51.

It left Australia without access to further reviews for the rest of the South African innings.

But Petersen threw away his wicket on 64 when he hit Nathan Lyon straight to Michael Hussey at mid-on in the 39th over.

Michael Clarke used six bowlers — even the modest medium pace of debutant Rob Quiney — in a bid to winkle a breakthrough, but it was a day the Australians were wanting to put behind them as they bid to stay unbeaten at the Gabba ground for 24 years.