Starc has long been Australia's main strike bowler but has suffered a lacklustre summer, taking just 15 wickets at 36.46 in five Tests.

Australian spin bowler Nathan Lyon on Wednesday defended Mitchell Starc ahead of the second and final Test against Sri Lanka, saying criticism of the paceman’s recent struggles was “unfair”.

Starc has long been Australia’s main strike bowler but has suffered a lacklustre summer, taking just 15 wickets at 36.46 in five Tests.

“I don’t understand all the criticism, to be honest,” Lyon said, according to cricket.com.au.

“He has 200 Test wickets, so if anyone can get 200 Test wickets you must know what you are doing… Mitch has got all of my support and everyone’s support in that change room, so it is pretty unfair criticism in my eyes.” (ALSO READ: Thisara Perera writes to SLC owing differences with Lasith Malinga)

Former national selector Mark Waugh on Wednesday became the latest Australian Test veteran to chide Starc, saying the 29-year-old “needs to get his act together and start getting some wickets” or risk replacement.

“I think as the season’s got longer, his form has actually dropped off even more,” Waugh told Sky Sports Radio.

Meanwhile, all eyes have been on Marcus Stoinis after he was called into the extended squad for the second Test in Canberra, taking over Mitchell Marsh‘s all-rounder spot.

Stoinis, who has been in good white-ball form, told reporters Tuesday he would “look to play my natural game” if given his Test debut.

Australia thrashed Sri Lanka by an innings and 40 runs in the first Test in Brisbane on Saturday, and Lyon said he was focused on securing another victory when the second Test kicks off on Friday. (ALSO READ: Alex Carey wants to continue opening despite impending Warner return) 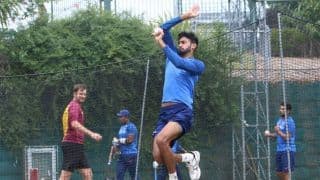 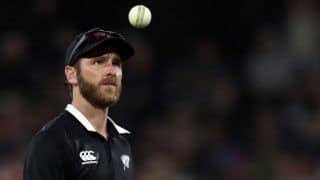