The Australian coach also made it clear that the India series defeat is not a mental scarring.

Australia made a winning start to their two-match Test series against Sri Lanka as they defeated the Dinesh Chandimal-led unit by an innings and 40 runs. However, coach Justin Langer revealed that he had lost sleep, fearing defeat against the visitors at the Gabba in the first Test. (ALSO READ: Langer throws his weight behind struggling Starc, Khawaja)

While Australia were coming into the Brisbane Test having never lost a Test at the venue for two decades, Sri Lanka had never won a Test on the Australian soil.

“I kept thinking before the game, imagine if we get beaten by Sri Lanka at the Gabba,” Langer was quoted as saying by 1 News Now.

However, Langer, under whom Australia lost their first ever Test series against an Asian team at home 2-1 against Virat Kohli-led Indian team made it clear that the defeat against India has not scarred the young Australian team. (ALSO READ: Pat Cummins is Australia s highest-ranked bowler in five years)

While Australia, who had lost the first Test of the India series in Adelaide, made a comeback into the series winning the second Test at Perth. However, Cheteshwar Pujara s hundred and Jasprit Bumrah s solid show with the ball powered India to a win in Melbourne and with the final Test in Sydney yielding no result, India clinched the series.

“We talk about the bigger picture of this team. Regardless of how you look at it, it’s a very young Australian cricket team from what we’ve been used to, continued Langer before adding that the Test series defeat against India and some of the other losses over the summer have not scarred the team. If anything, it has added a few layers to the character.

“There’s no scarring there. Just adds a few layers to their character, concluded Langer as the Australian team gears up for their second and final Test against Sri Lanka. 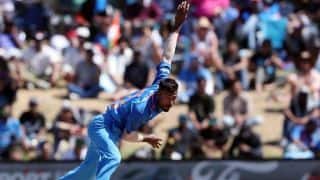