Australia will aim to seal series with win in the 2nd Test at MCG.

West Indies will eye a comeback in the second Test against Australia after losing the opening match miserably by an innings and 212 runs at Hobart. The absence of big names like Chris Gayle, Andre Russell and Dwayne Bravo is surely hurting the visitors in the ongoing 2-match Test series, while those players are shinning for their respective Big Bash League teams. West Indies Coach Phil Simmons following the huge defeat in the Hobart Test also admitted to have been frustrated about the West Indies Cricket Board not including them when the side is struggling against a higher-ranked Test side. LIVE SCORECARD: Australia vs West Indies, 2nd Test at Melbourne, Day 1

He added, “It’s enjoyable to see Andre Russell bowling at 140 clicks and Dwayne Bravo hitting three of four sixes and Chris in the Big Bash League (BBL). It is frustrating that we don’t have them yet playing in a test series but it’s something that’s been going on for a while.”

Catch the live streaming of Day One of the second Test between Australia and West Indies on starsports.com and Hotstar, and the live telecast of the match on Star Sports 1 and Star Sports HD1.

Live Streaming these days is an excellent concept for cricket fans across the globe who do not have access to watch the match live on television. A match is enjoyable only when watched it live because just following cricket scores on the internet does not give the feel in the match. Live streaming of cricket matches is something which attracts tremendous attention, as there is a requirement as well as a search for such cricket matches. READ: Australia vs West Indies 2015-16, 2nd Test at Melbourne, Preview: Hosts look to seal series 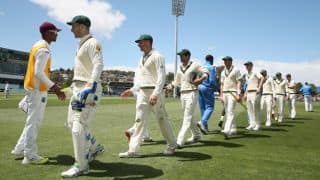 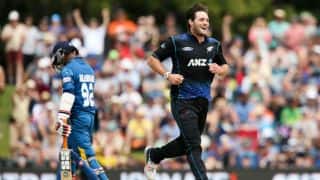