West Indies take on Australia on Day 1 in the third and final Test at the Sydney Cricket Ground (SCG) on Sunday.

Visitors West Indies take on hosts Australia on Day 1 in the third and final Test at the Sydney Cricket Ground (SCG) on Sunday. West Indies have had a dreadful season and ended 215 on a low, losing the Test series to Australia as they trail 0-2 in the three-match series and stare at another defeat going into the final Test. However, they would aim for a turnaround and make sure that they win this toe and finish the series on a high. Australia, on the other hand, would be definitely aiming to win this tie and make it a clean sweep, thus rubbing salts in the already swollen wounds of the West Indies. Live Cricket Scorecard: Australia vs West Indies 2015-16, 3rd Test at Sydney

The Australian batting order is in terrific form at the moment, with the likes of Usman Khawaja, skipper Steven Smith, Joe Burns and Adam Voges hitting centuries in the first innings of the MCG Test. Khawaja, in particular, made a terrific comeback into the Test side after proving himself in the domestic circuit, and in the recent concluded Test series against New Zealand. He replaced an in-form Shaun Marsh, who unfortunately had to be shown the door despite a superb 182 in the first Test, with Khawaja retaining the No. 3 spot for the upcoming fixture. Live Cricket Updates: Australia vs West Indies 2015-16, 3rd Test at Sydney, Day 1

West Indies, on the other hand, have failed remarkably in the series so far, having lost both the Tests convincingly. To their credit, members of their side have displayed occasional moments of brilliance, especially Darren Bravo. The Trinidadian, whose batting style greatly resembles that of legendary former batsman and cousin Brian Lara, struck an impressive 108 at Hobart, followed by a combating 81 off 204 balls at the MCG to guide the visitors to respectable totals and put up some fight against the rampaging hosts. PREVIEW: Australia vs West Indies 2015-16, 3rd Test at Sydney 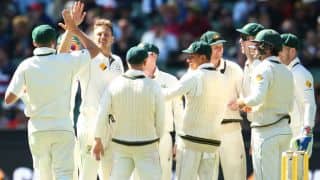 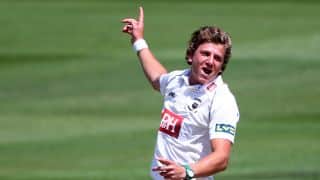