The timing of it may be far from perfect but former pacer Brett Lee on Tuesday said the upcoming India-Australia One-Day International (ODI) series would do a world of good to the team in transition from Down Under as nothing beats the experience of playing in the heat and dust of India. 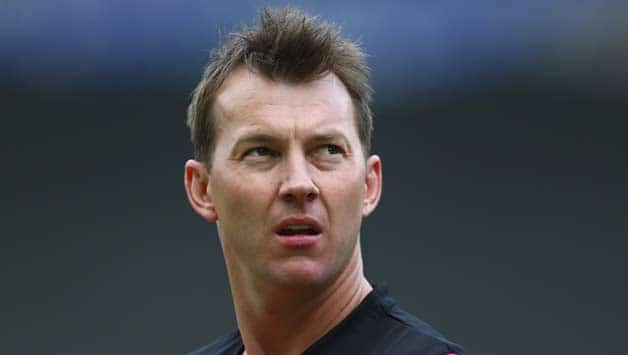 The timing of it may be far from perfect but former pacer Brett Lee on Tuesday said the upcoming India-Australia One-Day International (ODI) series would do a world of good to the team in transition from Down Under as nothing beats the experience of playing in the heat and dust of India.

“It is probably not the perfect timing but we always have to look at the positives and that’s what I would prefer to do. This is a great opportunity for this young Australian team to play cricket in the heat and dust of India, which would set them up for the toughest of conditions,” Lee told PTI on the sidelines of the launch of ‘Pedigree Senior’ — a new range of dog food for senior dogs by Mars International India.

“India is a place which helps you learn a lot of things, I learnt a lot playing here and hopefully this Australian team would also gain a lot from the experience. We have the Ashes coming up next month and this series will help the Australian team,” he said referring to the grudge series against England starting November 21.

Former Australian captain Ian Chappell had lambasted Cricket Australia (CA) for accepting the invitation for the series, which starts with a one-off Twenty20 International on Thursday in Rajkot.

Lee, retired internationally, said the series would help the Australian team, which has been further weakened by the injury-forced ruling out of skipper Michael Clarke.

“I have read a lot about the comments that have been floating around about the timing of this series but to my mind, having a young guy play in front of 1,00,000 people who think of cricket as religion, that’s huge.

These seven ODIs would steel them up for all kinds of conditions. You can always have opinions on when it should have been but it is still a huge opportunity,” he said.The 36-year-old, who retired with 310 Test and 380 ODI wickets in a career spanning nine years, is still active in domestic Twenty20, turning up for Sydney Sixers in the Australian Big Bash and Kolkata Knight Riders in the Indian Premier League (IPL).

“I am looking forward to the Big Bash in December when I would play for Sydney Sixers. My goal, when I started playing international cricket was to touch 150kph or go beyond that. I have always tried to do that and will keep doing that,” he said.

“I am not interested in bowling at 130kph, and even after retiring and everything, I am still confident of bowling at 150. I worked very hard to reach where I did, luck did not play too big a role. I will continue to do that and carry on till the time I feel I can touch 150 and I am very confident of continuing to do it for a long time to come,” he said.

But what about the injury-ravaged body, which has been through a number of surgeries?

“You have to trick your body. These days fast bowlers don’t even last two years, in fact in some cases, not even two games. I have lasted pretty long. My longevity has a lot to do with the fact that I have worked very hard on my fitness. Age plays a part but then it can go both ways.

“For instance, if somebody is good at 16, like Sachin Tendulkar was, get them into the team, it doesn’t really matter,” he said.