Describing Virat Kohli as a `world-class` player, Steven Smith admitted that the Indian skipper has improved a lot and led his team incredibly well in last two years.

Melbourne: Australian captain Steven Smith has revealed that his side will look to target Indian skipper Virat Kohli and try to make him `a little bit angry` in order to be on a winning side during next year’s four-match Test series between the two teams. Kohli is arguably the world’s most in-form batsman at the moment, having recently notched up a total of 655 runs at an average of 109.16 during India’s 4-0 five-match series win against England. Besides this, the Indian batting mainstay has also lifted his Test average to 50.10 and achieved career-best second place behind Smith in the ICC Test rankings for batsmen. Describing Kohli as a `world-class` player, Smith admitted that the Indian skipper has improved a lot and led his team incredibly well in last two years.

“He is a world-class player and he has, obviously, led the Indian team incredibly well over the last 18 months or so. They have won a lot of games in that time and I think they have played a lot of cricket at home in that time as well. I think he has improved a lot body-language wise,” cricket.com.au quoted Kohli, as saying. “He is a very emotional character out on the field, but I think he has improved a lot there,” he added. Smith, however, believes that if his side would manage to make Kohli angry, then the Indian team could possibly be turned a little bit vulnerable.

“I guess for us as a team it’s trying to get him out of the strong emotional state and try and make him, I guess, a little bit angry and ruffle his feathers and things like that.I think if you can get him in that state then the Indian team can possibly be a little bit vulnerable,” Smith emphasized. Kohli, who took over Test captaincy from limited-overs skipper Mahendra Singh Dhoni after World Cup 2014, has registered 15 tons and 14 half-centuries from 53 Tests he played as skipper. Kohli has also been the standout batsman of 2016, notching more than 1,000 runs in Test cricket and bringing the total for his career to more than 4,000 runs.

When Kohli smashed a brilliant 235-run knock in the fourth Test against England in Mumbai, he became the first Indian skipper to score three double-tons in a year. It was also his first double century in Tests against England. He reached the milestone in 302 balls with 23 fours. Admitting that the upcoming series in India would be a difficult one, Smith insisted that his young side would try to take it as opportunity and aim to produce a much better performance than they displayed previously in subcontinent conditions. “Four Tests there, it’s a great opportunity for this team, where we are going to be the underdogs going there.It would be fantastic to win a series there and we are going to have to make sure our processes are in order and we play a lot better than we have done in subcontinent conditions,” he added.

The two sides will play a four-match Test series beginning at the Maharashtra Cricket Association (MCA) Stadium on February 23, 2017. 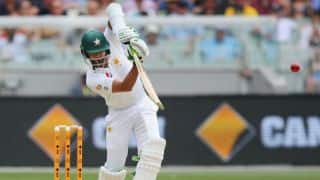 Pakistan’s unique method to battle bounce and pace at MCG 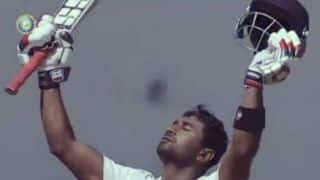