It was an emphatic victory for Australia in the third Test as they regained the Ashes urn after four years.

It was an emphatic victory for hosts Australia in the third Test as they gained an unassailable 3-0 lead and regained the Ashes urn after four years. Australia won the third Test by 150 runs. Emotions were overflowing and celebrations unleashed after the win. Michael Clarke had come under severe criticism after the 0-3 loss earlier in the year. But Clarke and co. have fought hard and brought a remarkable turnaround to outplay England in every department of the game. On their way to this win Australia have lost three Ashes series since their last win in 2006-07 when they whitewashed England 5-0.  Below are Twitter reactions to Australia’s historic win.

Congratulations to Australia on winning back the Ashes. Outplayed England in all departments and deserve their 3-0 lead.

Well done the Aussies!! Tough times for ENG. Can they avoid being whitewashed?? #Ashes2013

Aussies you bloody beauty. 3 nil #Ashes are back with @darren_lehmann @MClarke23 and co. Mitch Johnson incredible efforts 90mph+ on day 5

you win something in defeat. australia were good at the tail end of the last ashes….england realise today they can be good too.

Congratulations to Australia, you’ve put a very good team under pressure for longer periods and deserved the victories #ashes 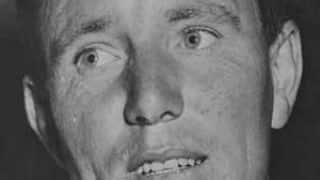 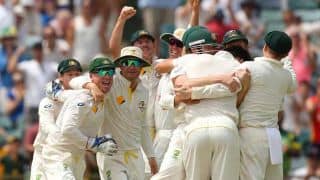