Australian women s team will travel India in March 2018 for a Three ODI series. There are two warm up matches between Asutralia and India A held on March 6 and 8 in Mumbai, ahead of the three match series starting from March 12 to 18. After the ODI series, a T20I tri series will be played between India, Australia and England at Brabourne stadium, Mumbai.

The two teams last played each other in World-cup semi finals when Harmanpreet Kaur hit 171 securing a 36 run victory for India. Australian all-rounder Ellyse Perry won the International Cricket Council s Cricket of the Year award, whereas Beth Mooney has been announced as the emerging player of the year as well as T20I player of the year.

The Women s Big Bash League is currently being played in Australia. Harmanpreet Kaur and Veda Krishnamurthy from the Indian team also feature in WBBL 2017-18. The event started on December 9 and the finals to be held on February 4. 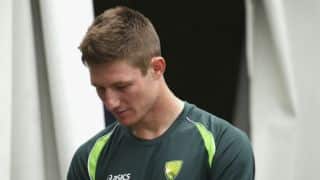