Australia's fast bowlers have the potential to be the best pace attack in the world, coach Mickey Arthur said on Saturday as they prepare to take on India in the second Test. 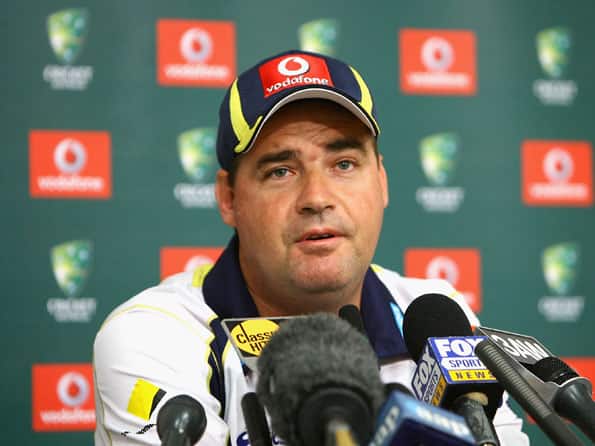 Australia’s fast bowlers have the potential to be the best pace attack in the world, coach Mickey Arthur said on Saturday as they prepare to take on India in the second Test.

Arthur said Peter Siddle and Ben Hilfenhaus along with recent recruit James Pattinson were impressive in the emphatic 122-run win over India in the first Test in Melbourne.

The trio snared 19 wickets between them to limit India’s strong batting line-up to a two-innings total of 451.

Fellow paceman Ryan Harris, named to the squad for the upcoming Sydney match, combined with those left out of the 12-man group – Patrick Cummins, Shane Watson and Mitchell Starc – meant there was room for depth.

“I thought we had 15 players that can play international cricket, at any given time,” Arthur said.

“Hopefully by the end of the summer, we might have 22 guys that can do that because we need to build up our strength in depth, which we are doing now.

“But I do think this pace attack has the potential to become the best in the world.”

Captain Michael Clarke has hinted that four pacers could be used at the Sydney Cricket Ground, but Arthur said the bowling line-up would likely include a spinner.

“Obviously conditions will determine that but the SCG has normally got a history of favouring spin down the line,” he said.

“I think we just need to give them time, especially our younger players at one, two and three,” Arthur said.

“David Warner is going to be a great player in all three forms of the game, same with Shaun Marsh. I think Ed Cowan gave us that stability that we were looking for, especially in the first innings.”

India, in the ascendancy over Australia as the second-ranked team, have failed in nine previous tours over 64 years to win a series Down Under and are hoping for a change of luck in this Test series.(AFP)