O’ Keefe ridiculed Agarwal, stating that his highest First-Class score of 304 not out came against canteen people & waiters

Former Australian cricketer-turned broadcaster, Kerry O’ Keeffe seems to have landed himself in hot water over his comments on Mayank Agarwal’s First-Class credentials during day one of the Boxing Day Test between India and Australia at the Melbourne Cricket Ground, Melbourne on Wednesday.

Agarwal, who on debut scored 76, was apparently ridiculed by O’ Keeffe while commenting for Fox Sports with Mark Waugh, stating that Agarwal’s highest First-Class score of 304 not out came against canteen people & waiters.

Waugh said Agarwal’s FC average of upwards of 50 is like 40 in Australia. Fans took to twitter to vent their anger against O’Keefe, while a cricket journalist also tweeted about the incident stating – “it’s pretty uncool to ridicule the FC comp of another country while using dubious stereotypes for a cheap laugh..”

While the exact audio/video of the comment is not available, folks who heard the comments during commentary posted the gist of it on Twitter.

Would be great if you could upload a clip of that.

Basically he mentioned that you can’t trust @mayankcricket runs since indian domestic level is crap & it could be canteen XI head chef, etc bowlinv

Agarwal had scored 723 runs in eight matches at a staggering average of 90.37 in the 2017-18 season of the Vijay Hazare Trophy, the most for a player in the tournament history, following up after a stellar Ranji Trophy season that saw him score 1160 runs in eight Ranji Trophy 2017-18 matches to finish as the highest run-getter of the season. His 304 not out came in that very season against Maharashtra.

O’Keeffe, 69 and a leg-spinner by trade, played 24 Tests for Australia between 1971 to 1977 taking 53 wickets at an average of 38/07. He also played two ODIs, claiming two wickets and was part of the rebel World Series Cricket. After his playing days, he became a journalist and a cricket commentator.

Waugh was also questioned on Twitter, but the Australian was quick to clarify.

All I said was averaging 50 in first class cricket in India is equivalent to averaging 40 in Aust mainly because of the number of players who achieve that. For the record Agarwal played very well in his 1st test innings.

Later on during the 65th over of the match, O’Keeffe apologized for his comments while on commentary. 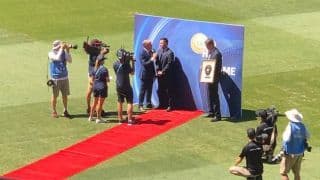 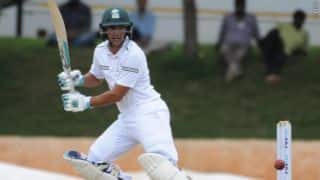