Maxwell played all 19 of Australia's T20I matches during the voting period.

The allrounder Glenn Maxwell has been voted Australia’s T20 Player of the Year at the 2019 Australian Cricket Awards, thus becoming the third to win the prize twice after Shane Watson in 2012, 2013 and 2017 and Aaron Finch in 2014 and 2018.

The awards – formerly known as the Allan Border Medal – honour the best of Australian cricketer each year. 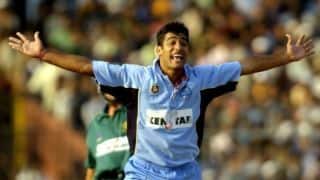