The Australian cricket team that is touring India for a four-match Test series has been warned to watch out for intake of banned supplements in the wake of the recent drugs saga mainly affecting rugby clubs. 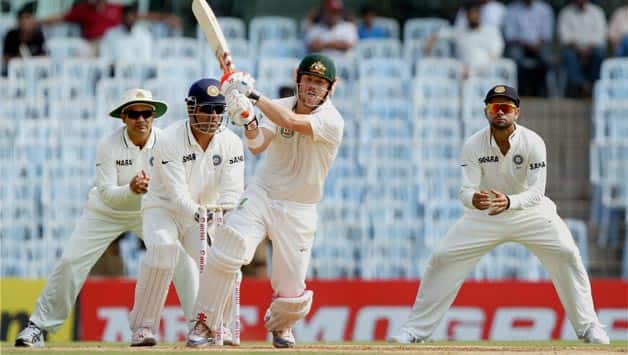 The Australian cricket team that is touring India for a four-match Test series has been warned to watch out for intake of banned supplements in the wake of the recent drugs saga mainly affecting rugby clubs.

The Michael Clarke-led team is trailing 0-2 after a demoralising defeats in Chennai and Hyderabad, and have two more matches to go in Mohali and Delhi.

Though cricket was not being pinpointed in the Australian Crime Commission report released last month, the touring team management was not taking any chances. The players have been asked to show the touring medico exactly what they are ingesting in India.

“I had a chat to the guys when we started the tour. They’ve shown me anything that they were taking and it’s all absolutely fine,” Australian team doctor Peter Brukner said.

“Most of them are not taking anything anyway but a few are taking protein shakes and things like that, which are all pretty straightforward,” he was quoted as saying by Sydney Morning Herald.

“There are a small amount of supplements used, vitamins and so on, at various times in every sport. You just have to be careful what’s required and what’s given.”

Dr Brukner, a former head of English Premier League club Liverpool’s sports medicine and science unit and an ex-Socceroos doctor, said the intake of supplements by Australian players would continue to be closely supervised on tours and at home despite no suggestion of any banned substance use in the game.

“There has never been a culture of real high-end performance enhancement in cricket, so it’s not so much of an issue, but every sport has to address it these days. We’ve got to be super careful,” he said.

“I think it’s a wake-up call to all sports. We’ve got to be very careful and vigilant about what people are using. I think it’s been a sign that the role of the doctor has become a bit reduced in some aspects of sport and sports scientists have sort of taken over the performance enhancement side of things and by and large they do an excellent job.”

Michael Clarke visits the Taj Mahal with his wife