Australia leg-spinner Alana King paid a fantastic tribute to the legendary Shane Warne in epic style, claiming the first-ever hat-trick in women's edition of The Hundred.

Manchester: Australia leg-spinner Alana King paid a fantastic tribute to the legendary Shane Warne in epic style, claiming the first-ever hat-trick in women’s edition of The Hundred, propelling her team Trent Rockets to defeat Manchester Originals by 43 runs. Apart from finishing with figures of 4/15 from 20 deliveries, Alana took a spectacular diving catch and was also handy with the bat in hand, scoring 19 from just nine balls as Manchester’s chase of 120 was ended at 76.

Alana began by castling Cordelia Griffith (12). She then trapped Sophie Ecclestone for duck and clean bowled Kate Cross yet again for a duck to complete a spectacular hat-trick. She could have bagged four wickets in four balls if the Trent Rockets had gone for the lbw review against Ellie Threlkeld. After the match ended, Alana hoped that Warne, the legendary leg-spinner who died in March this year, was looking down and feeling proud of her performance against Manchester Originals.

Alana King on Shane Warne: “He was a massive inspiration, but it wasn’t just me. It was kids all around the world who he inspired to pick up leg spin. He was definitely the reason I picked up leg spin. Hopefully he’s been proud watching down on me spin a few.”#TheHundred pic.twitter.com/5LTQIBKbtI

Co-incidentally, Alana took her hat-trick in The Hundred on the very same ground where Warne bowled the ball of the century and bamboozled England’s Mike Gatting in the 1993 Ashes series. “The hat-trick is pretty special. I hope (Shane Warne) is looking down and is pretty proud I spun it a bit. That’s my first hat-trick. Not even in juniors did I take one. My first hat-trick at Old Trafford, I couldn’t have written it. Will I get my name up here at Old Trafford? That would be brilliant. Hopefully right next to Warnie. He took poles for fun here,” said Alana.

Alana had previously missed a hat-trick while being a member of the Australia side which won the gold medal in women’s T20 event of 2022 Commonwealth Games in Birmingham. In the Group A match against Barbados at Edgbaston on July 31, she had dismissed Shakera Selman and Shamilia Connell in successive deliveries. But Alana was denied a hat-trick when captain Meg Lanning dropped Keila Elliott at slip.

Nevertheless, Alana was delighted in playing a huge hand in her side’s win in The Hundred. “I am here to do the job for the team and it came off. The pitch was dry and I am glad there was some spin. We have got our first win on the board and that’s what I am pumped about. I am absolutely stoked. It is a great atmosphere and (the Rockets) are a great bunch of girls.” Earlier in the year, during Australia’s match against England in the ICC Women’s Cricket World Cup in New Zealand, Alana celebrated having Tammy Beaumont stumped out by strapping the armbands on her left sleeve in a tribute to Warne, which was quickly spotted by fans still shell-shocked by Warne’s untimely demise.

“Cannot fathom the news I’ve woken up to. An idol & the biggest inspiration to me. Everyone wanted to be like Warnie and I was sure one of them. A character who revolutionised the art of spin bowling & brought plenty of flare to the game. You’ll be missed King,” wrote Alana on Twitter that time. Perfect 12 From Indian Wrestlers At CWG 2022, But Tougher Tests Await Them 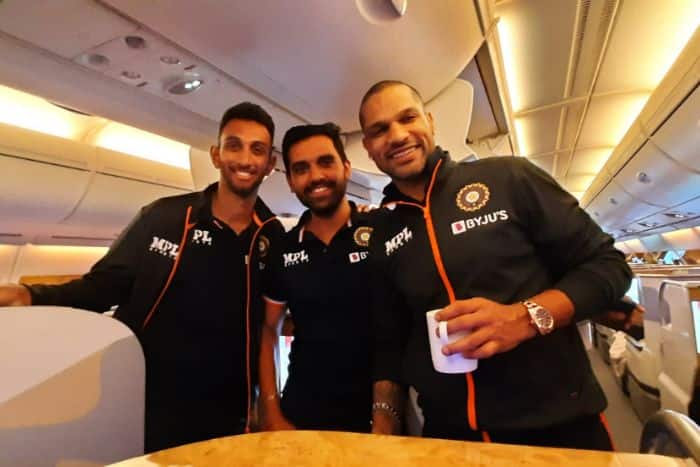