Against Australia, Azhar Ali averages an impressive 69.75 in seven Tests.

With four days to go before their first Test against Pakistan, Australia would be wary of the threat Pakistan batsmen are capable of posing on their home ground. However, if there is one batsman in particular, whom Australia would have a keen eye on, it s Azhar Ali. The 33-year-old, who is a crucial element of Pakistan s middle order would be on Australia s radar, according to the pace duo of Mitchell Starc and Peter Siddle.

“They’ve got a quality batting line-up, and on some really flat wickets their whole middle order’s going to be a really good battle,” Starc told cricket.com.au.

“I think someone like Azhar Ali, who scored a fair few runs against us in Australia last time they were here, he’d be a big one at the top of the order for them. He can bat long periods of time, he’s not too fazed about being tied down. So, I think if we can get him early and get their middle order in against a newer, harder ball, then that’s a good starting point.”

Azhar has played 65 Tests in which he has scored 5202 runs at an average of 44.84 with 14 centuries and 28 fifties. But when it comes to Australia, Azhar s average escalates to an impressive 69.75 in seven Tests. In fact, three of his hundreds have come against Australia, along with four half-centuries.

“The key wicket for is always going to be Azhar Ali,” Siddle said. “He’s one of the leaders in that side now. “From the last tour when we went over there, they had the stars and the old heads of Younis Khan and Misbah-ul-Haq to lead them, they’re probably a little bit less experienced now, which is good news for us, but they’ve still got a lot of class players.”

“We saw that on the last tour (to Australia) they had a lot of young guys that stood up and performed well for them,” said Siddle.

“So I think (Azhar) is going to be the big wicket, but in that time these young guys have come about, and they play some exciting cricket, so we’ve got to be on our toes and prepared. But like I said, they are a little bit less experienced this time around, so if there’s ever an opportunity to beat them away from home, it’s definitely this time around.”

The first Test between the two sides starts October 7 in Dubai. 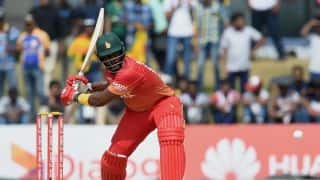 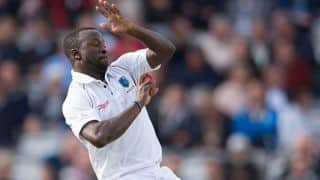 India vs West Indies: Kemar Roach to miss the first Test at Rajkot against India