MacGill has sued CA over earnings that he claims were reneged on paying after his shock retirement.

If former Australian leg spinner Stuart MacGill is successful in suing his former employer in the Victorian Supreme Court, his 2.6 million Australian dollars claim against Cricket Australia would come out of the pockets of his fellow players.

MacGill has sued CA over earnings that he claims the governing body reneged on paying after his shock retirement in the West Indies in May 2008, which came only months after he was diagnosed with carpal tunnel syndrome and after a string of other injury troubles, Stuff.co.nz reported.

If MacGill is successful in his claim, the match payments, prize money and interest he is seeking would effectively be drawn from the cash reserves set aside for current players.

It has been reportedly revealed that under the memorandum of understanding between CA and the Australian Cricketers’ Association injury payments are made from the so-called player payment pool, a figure that ranges between 24.5 percent and 27 percent of CA’s revenue based on the Australian team’s success.

Sports lawyer Paul Horvath, who is appointed to act as an independent mediator in injury-related disputes that arise between the CA and the ACA, has described MacGill’s case as complex.

Horvath claimed that in the Bracken case he alleged negligence against CA relating to his injury, which he said ended his career, but he added that in contrast MacGill’s case does not by his reading assert negligence at all on the part of the Australian cricket governing body.

Horvath insisted that it’s a straight breach of contract case, adding that MacGill refers to specific clauses in his contract and in the memorandum of understanding but he doesn’t say what those sections say or the effect of those sections, which makes it difficult to assess what the thing he is saying that happened that is wrong.

Horvath added that in sport, athletes get injured all the time and that is part of the process and that’s why careers come to an end. Horvath said that CA denying liability in MacGill’s case and refusing to send it to mediation just tells him as a lawyer that they’ve taken a firm view on the matter. 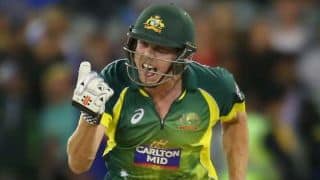