Cricket Australia (CA) has been repeatedly claiming that the ACA is seeking a share of all revenue in the game for professional players.

Sydney: The ongoing pay dispute between Cricket Australia (CA) and the Australian Cricketers Association (ACA) might soon come to an end with the players willing to compromise on a major financial sticking point that lies at the core of the disagreement. The ACA opened up a potential path for more productive talks, by indicating they are open to a redefinition and reduction of the revenue they are entitled to share in after CA’s nine directors met on Thursday. Thus, it has brought in a reciprocal response from the cricket board, who have now expressed their own willingness to be “flexible”. This could be seen as a significant step forward ahead of the June 30 deadline by which the parties must find agreement. Simon Katich hits out at CA over BBL $33 million loss claim

Cricket Australia has been repeatedly claiming that the ACA is seeking a share of all revenue in the game for professional players, including from such areas as sponsorships of grassroots competitions and junior registrations. “A proportion of revenue from the sponsorship of grassroots cricket programs has to be distributed to elite player payments. Under the ACA’s new proposal, a guaranteed 22.5% of all CA and the states and associations revenue means the players would receive 22.5 cents of every dollar spent by parents on a junior registration fee,” ESPNcricinfo quoted a brief note that was made explicit in a briefing note distributed to media last week.

However, in a letter to the CA chairman David Peever last month, the ACA had confirmed that the players’ flexibility over the next pay agreement extends to being “open to a discussion of what is in and what is out of shared revenue streams”. “The players have always had and still do have flexibility,” ACA president Greg Dyer said. Players to receive hike which many in Australia don’t even get, says James Sutherland

“There is room to move to modernise this partnership. The ACA can discuss new models of revenue sharing, and how we can collectively manage risk,” he added. Meanwhile, a CA spokesperson said that the board was also prepared to be flexible. “CA believes there is still time to conclude an MoU by 30 June and reiterates its preparedness to be flexible in negotiations,” he said.

“CA urges the ACA to spend more time at the negotiating table and less time writing press releases in order to begin making progress towards a resolution,” he added. All-rounder Moises Henriques, who is also part of the ACA executive, said the players were willing to be flexible in the interests of reaching an agreement with the cricket board. Cricket Australia (CA) David Peever refuses negotiation over player s pay dispute

“We’re a part of the decision-making process, in strategy and how we play it … and the ACA are just a representative agent of the players,” he said. “It’s not like we [the ACA] are going to do anything the players don’t want to do. Coming to an agreement would be the best way forward. What we’ve got to worry about is that agreement being made as quickly as possible.”

“Maybe CA may have to give a little bit, we may have to give a little bit, who knows. But the players know we need to get to an agreement. Guys want to play international cricket, guys want to play state cricket. The players want it sorted and I am sure CA do as well,” he added. Cricket Australia’s chief executive James Sutherland had last week insisted the players will receive around 15% hike in pay under the governing body’s new model, while emphasising that there are not many people in the country getting something like that. Tim May: Cricket Australia don t want to get back to the negotiating table

Sutherland’s comments came after the Australian cricket board ACA’s request for mediation in pay talks between the two parties, reiterating the board’s insistence that talks resume with its formal pay offer as the starting point. ACA had earlier rejected the new pay offer from the game’s governing body, saying the proposal will be a win for cricket administrators but a loss for the game.

In March, CA made an offer, proposing that the average pay of Australia’s international women’s players would rise from $A79,000 to $A179,000, while the average remuneration of state cricketers would more than double to $A52,000. Under CA’s proposal, only male international players would have the chance to share in any surplus revenue, while other domestic male players and women at both domestic and international level would have to settle for fixed amounts which would not fluctuate according to the game’s income. David Warner: Australia might not have a team for Ashes 2017-18

However, the ACA pointed out a series of concerns with the proposal, saying that it “disrespects the value of domestic cricketers and the role they play in Australian cricket”. The major reason behind the ACA’s opposition is CA’s proposal to scrap a shared revenue model for player payments, which has been in place for nearly 20 years.

Cricket Australia had in May threatened that players would not be paid beyond June 30, the date of expiry of their current five-year financial deal, if they don’t accept the governing body’s new proposed offer. Hitting back at the threat, Australian opener David Warner had said the players are united to reject CA’s proposal and that they would not “buckle at all” in their pay row with their national board.

The 30-year-old had further noted that cricket’s marketplace offer both international and domestic players plenty of opportunities to play T20 matches elsewhere if CA maintained its hard-line stance. The ACA has already announced that it will be establishing a player support fund for female and domestic cricketers in an event of the stalled MoU talks with CA not progressing June 30. 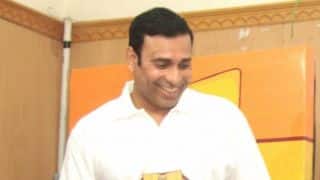