Michael Clarke and his men were blown away by a rampant Stuart Broad on his homeground.

Australia‘s horror show in Trent Bridge on the first day morning in the all-important Ashes 2015 Test was more than heart-breaking for many, but there were others like Karl Stefanovic, who lost more than what they would have earlier though. Stefanovic, the host of Today Show Australia, had promised on Twitter that he would run nude if Australia captain Michael Clarke fails to score a century. Clarke and his men were blown away by a rampant Stuart Broad on his homeground, who returned with the magical figures of 9.3-5-15-8 to help England shoot Australia out for an embarrassing 60. (VIDEO CREDIT: The Guardian)

Stefanovic informed on Twitter that he would go ‘gear off’, meaning will be turning up nude if Clarke fails to score a century for Australia. Clarke has been at the receiving end for a few weeks now, as he is being carried by his team despite failing repetitively as a batsman, captain and even as a fielder. ALSO READ: Ashes 2015 4th Test: Australia’s no-show against menacing Stuart Broad will haunt them for years

If clarkey doesn’t get a hundred I’m gear off on the show tomorrow. Woohoo. Positives for everyone. What

The Australian TV show host informed that he has taken permission from his bosses to perform the nude run, so there was nothing shocking that he did on the television. ALSO READ: Stuart Broad shows a rare glimpse of history in Ashes 2015 4th Test at Trent Bridge

Nine boss David Gyngell just rang and said he’s rung @TurnbullMalcolm and we are good to go. I’m off for a run.

Australia were trailing by 214 runs in the first innings as Joe Root’s century and a fine innings of 74 from Jonny Bairstow summed up a horrendous day for the touring party, which is being described as the worst day for them in the history of the Ashes. 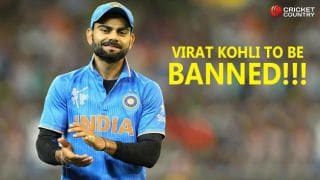 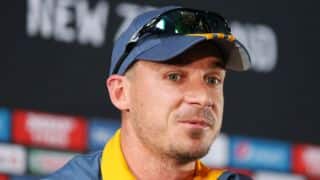 Dale Steyn: Sachin Tendulkar was a terrific Test player and it was tough to get him out