Banned Warner's on-field behaviour is a positive for the Australian team, said Clarke.

Sydney: Former captain Michael Clarke has advised the current side to “play tough Australian cricket” in the home Test series against India, saying too much emphasis on being nice guys on the field will lead them nowhere.

Australian cricketers, who are known to play ruthlessly, have consciously toned down their on-field aggression in the aftermath of the ball-tampering scandal. The mellowed down approach has drawn criticism from World Cup winning skipper Clarke.

“If you try and walk away from it, we might be the most liked team in the world, we’re not going to win s***. We won’t win a game. Boys and girls want to win.”

Clarke cited the example of suspended batsman David Warner, whose aggression brought out the best in him. “It’s his style, he’s very upfront, in your face. What you see with David Warner is what you get. Your greatest strength can be your greatest weakness. To me I always loved having him in the team I was captaining because he brought that aggression that I wanted.

“In saying that there was always a line, he knew that. We had a number of conversations one on one about that line he couldn’t overstep,” he said.

Both Warner and Steve Smith were banned for a year for their role in the ball-tampering scandal in South Africa, earlier this year. The absence of two key players gives India a good opportunity to record their maiden Test series win in Australia.

Warner’s on-field behaviour is a positive for the Australian team, said Clarke. “He brings that positive approach to the Australian cricket team. You can’t ask him to bring that and then on the other hand blame him or ask him to be a pussy cat when it comes to giving it,” Clarke said.

“David Warner gives it to certain blokes on the field because he wants them to give it to him when he’s batting. It’s like a turn on, it makes him play better,” he added. 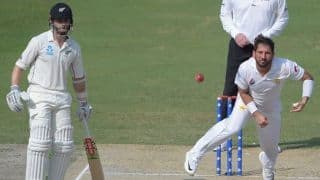 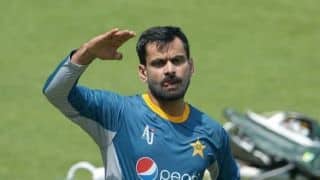