New Zealand swing bowler Trent Boult has said that watching Australia suffering a 2-0 series whitewash against Pakistan has given New Zealand a lot of confidence ahead of their Test series with Misbah-ul Haq’s team in Abu Dhabi. The challenge New Zealand face against Pakistan in the three-Test series was illuminated by Australia’s 2-0 Test whitewash in Dubai, by 221 runs and at Sheikh Zayed Stadium, by 356 runs last Monday.

With a drawn three-day warm-up in Sharjah under their belts, New Zealand reached Abu Dhabi and went straight into a video review of Pakistan, and how it went wrong for second-ranked Australia, stuff.co.nz reported. Boult said that to watch Australia go down has added huge motivation for them, adding that they are a pretty good team and they got found out. He said that if New Zealand can walk away from there with a successful tour then it would be a huge step for them, adding that they are full of confidence.

Boult expected New Zealand would select two spinners, Mark Craig and Ish Sodhi, leaving him and Tim Southee to shoulder the frontline pace load. The good news is that Abu Dhabi is the bounciest of the three pitches this series, while the bad news is that Pakistan plundered 570 for 6 batting first on it last week.

Boult said that he doesn’t think too much has to change from what they have been doing, and added that they know it’s going to be tough, and hot, and flat and spin would play a big part. 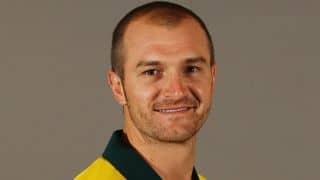