Australia‘s recent ODI series triumph over world no. 1 India shows that the five-time champions are no underdogs going into the World Cup, stated skipper Aaron Finch, insisting that his team is capable of defending the coveted trophy. (READ: Finch ready to give up opening slot at World Cup)

“People no doubt have taken notice (of the India series win),” said Finch referring to Australia’s come-from-behind 3-2 win over hosts India in the five-match ODI series earlier this month. “Australia are probably never true underdogs in a world tournament. I think our record suggests that. Regardless of what form you go into the tournament, (knowing) Australia have a great ability to play well in big tournaments. (READ: Always had faith I would get runs, says Finch)

“(We are) slightly underdogs but I think some people would have taken a bit more notice over the last couple of weeks.”

The ODI series saw the resurgence of Australia as they fought back from 0-2 down to clinch the series. Many Australian players also marked their return to form during the series with Usman Khawaja staking claim for the opening slot at the World Cup, starting May 30 in England, by hitting two centuries. On the other hand, Finch, who had been going through an extended lean patch, scored 93 in Ranchi.

The likes of Glenn Maxwell and Peter Handscomb also dished out splendid performances as the selectors decided to retain the same squad for their ongoing series in the UAE against Pakistan. 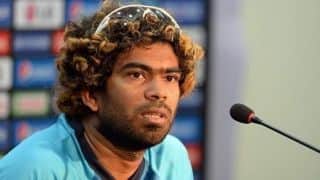