Austria Women vs Germany Women Prediction, Germany Tour of Austria – Fantasy Cricket Tips For Today’s AUT-W vs GR-W at Seebarn Cricket Ground: In the series opener on Wednesday, Germany registered a huge 82-run win over hosts Austria. Put in to bat first, a half-century from Christina Gough (72) and captain Anuradha Doddaballapur’s 30-ball 40 not out powered the tourists to a competitive 165/2 in 20 overs. In reply, Austria were bundled our for 83 with captain Andrea-Mae Zepeda top-scoring for them hitting 35.

With that match, women cricket at international stage resumed from Wednesday with Germany beginning their brief tour of Austria during which they will play five T20Is across four days. The five-match series runs between August 12 to August 15 with a double-header scheduled for Thursday.

While men’s cricket has already resumed with England taking on West Indies last month before hosting Pakistan, this will be the first match in women’s cricket at international level since the coronavirus-forced break in March this year.

TOSS – The toss for the second T20I between Austria Women and Germany Women will take place at 1:00 PM (IST). 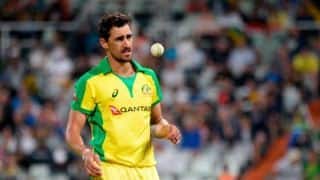 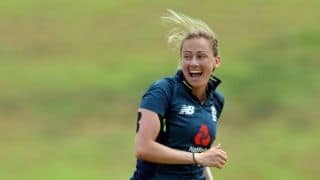