It was the wicket of Chennai Super Kings skipper MS Dhoni in Delhi Capitals' first game of the season that brought him straight into the limelight. 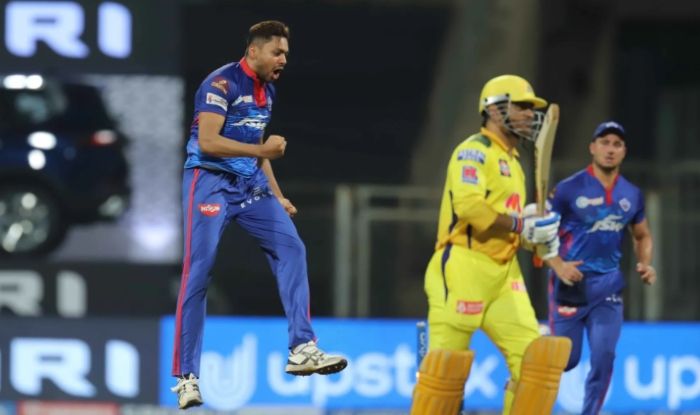 Avesh Khan has been one of the names that have made a name for himself in the Covid-19-suspended Indian Premier League season. The 24-year old picked up 14 wickets in eight games and was one of the leading wicket-takers. His good show also saw him get rewarded as BCCI picked him as a stand-by for the World Test Championship final and the subsequent five-Test series against England.

It was the wicket of Chennai Super Kings skipper MS Dhoni in Delhi Capitals’ first game of the season that brought him straight into the limelight. A week after IPL 2021 was suspended, Avesh Khan has revealed how Rishabh Pant’s advice helped him get the big fish.

Khan revealed he wanted a long-on, but Pant insisted that the fielder should be brought inside the circle at mid-on. The pacer explains that with a few overs left, Pant knew Dhoni would look to go big, but also knew that he had not played much cricket and it will not be easy for Dhoni to hit.

“Only a few overs were left and Pant knew that Dhoni will try to hit out. But he also knew that Dhoni is playing after a gap of four months and it won’t be easy for him. Pant told me to bowl just short of a length. I did just that, Dhoni tried to hit, but got an inside edge and was bowled,” Khan told The Indian Express.

Khan also went on to reveal how he looks out for Pant’s signals. The Capitals pacer also said that Pant would give Avesh Khan a signal if he wanted him to bowl a yorker.

“When I was about to start my bowling run-up, I used to look at Pant. At that moment the batsman is watching only me, and not anyone else. So if Pant wants me to bowl a yorker, we have a sign for it. If he wants me to bowl wide outside off, I will know by his sign,” he added. 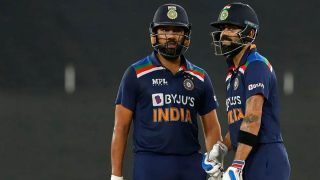 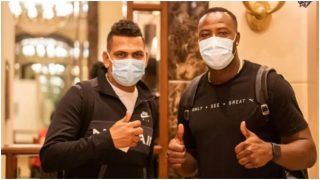