Away From Cricket, MS Dhoni Indulges in a Tennis Tournament Match And Wins it

Away From Cricket, MS Dhoni Indulges in a Tennis Tournament Match And Wins it

Dhoni took part in the Country Cricket Club Tennis Tournament and won the first match of the men's doubles category.

Nothing MS Dhoni does surprises us anymore. Even though uncertainty continues to loom over his cricketing career, the former India captain has been enjoying his cooling-off period off the field.

From receiving assistance from his daughter Ziva in cleaning his Nissan Jonga to turning up during the final day of India’s third Test against South Africa in Ranchi, Dhoni has repeatedly made sporadic appearance.

The latest of those came on Saturday, when Dhoni was spotted participating in a local tennis tournament. Playing the Country Cricket Club Tennis Tournament in Ranchi, partnered by Sumit Kumar, Dhoni won the first match in the men’s doubles category. Don’t believe us? Check out the following video featuring Dhoni the tennis star.

Master of all sports! ❤️😇

This one is for all @msdhoni fans who were missing him in action. Here’s your weekend delight.

Mahi is back in action, playing his first match of Tennis Championship in JSCA, Ranchi.#MSDhoni #Dhoni #RanchiDiaries pic.twitter.com/kLaLol0mU4

.@msdhoni relaxing with the players after the match! #MSDhoni #Dhoni #RanchiDiary pic.twitter.com/apJCJFuDjt

It has been reported that Dhoni played the tournament last year too and as a matter of fact, even won it in straight sets. Hence, defending his title, Dhoni and Kumar are in fact favourites to win the competition this year too.

.@msdhoni and his doubles partner Sumeet clicked with their opponents after the first round earlier today.

Besides the video, certain pictures featuring the two-time World Cup winning captain Dhoni have also emerged. Sporting a t-shirt dedicated to the Indian Army, Dhoni was clicked surrounded by other players of the tournament. 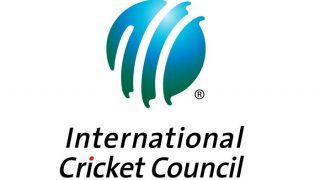 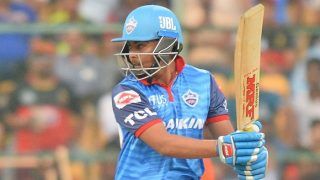 Prithvi Shaw Posts Video of Training on 20th Birthday, Promises to be "Back in Action Soon"