At the end of the day's play, Azhar Ali and Mohammad Aamer remained unbeaten on the field.

Pakistan fast bowler Wahab Riaz has heaped praise on Boxing Day Test centurion Azhar Ali saying the opener is `one of the greatest batsmen` the country has ever produced. Azhar (unbeaten at 139) struck his 12th Test century and first Down Under besides sharing an unbeaten 115-run stand with Asad Shafiq (50) to guide Pakistan to 310 for 6 at the end of the rain-curtailed second day s play of the second match against Australia at the Melbourne Cricket Ground (MCG) on Tuesday.

Lavishing praise over Azhar s determination, Riaz believes the 31-year-old deserves his place in elite company after the Test century. Azhar is showing himself as one of the best batsmen Pakistan had. The way he has maintained an average of 46 in the last five years it shows he has scored consistently for Pakistan throughout his career, quoted Wahab.

Riaz further hoped that Azhar continues to score more runs and Pakistan continue to reap the benefit from his performance. I wish that he scores more runs and Pakistan continue to benefit from him. He is very determined and focused and always wants to deliver for Pakistan. That s why his hard work is paying off, he added. With the century, Azhar also became the fifth Pakistani batsman to score more than 1000 Test runs in a year after Mohsin Khan, Inzamam-ul-Haq, Mohammad Yousuf and Younis Khan (twice).

At the end of the day’s play, Azhar and Mohammad Aamer(28) remained unbeaten on the field. 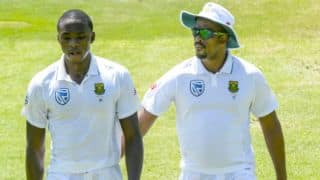 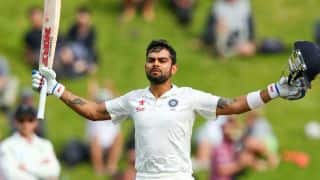