The event will be held in London on August 19.

Pakistan’s former cricketer Azhar Mahmood will be raising money to support mental health patients of South Asia, in a charity event to beheld in London, on 19th August. According to the Dawn, the former all-rounder, who’s now settled in England and plays for Surrey, said he was honored to be the first Pakistani player to become an ambassador of one of the Prince’s charities ‘The British Asian Trust’.

Mahmood said the money raised on August 19 will be given to the British Asian Trust. On the event various items will be auctioned including bats signed by the likes of Brian Lara and Sachin Tendulkar.

Mahmmod, while thanking Surrey County Cricket Club for their support for the event, said all his Surrey team mates including Yuvraj Singh will be attending the event. Sourav Ganguly, Zaheer Khan, Mohammad Yousuf, Shoaib Akhtar and my former Surrey captain Adam Hollioake will also be in attendance he said adding fast bowling great would also be a star attraction at the event. 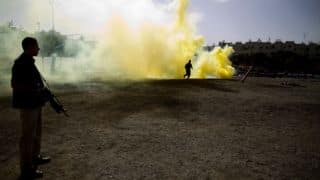