Babar Azam would be eager to make the most of his ODI form, and also build a reputation in Test format wherein he has struggled.

Following Babar Azam‘s unbeaten 90 on a green-top at Hamilton in the two-match Test series versus New Zealand in 2016, coach Mickey Arthur had compared him to India‘s icon, Virat Kohli. Comparison between the two players have been rife ever since Azam’s consistency impressed one and all from his debut. From 36 ODIs, Azam has accumulated 1,758 runs at a staggering average of 58.60, striking at 85.88 with seven centuries. However, Azam played down the comparison but revealed that he follows Kohli, Hashim Amla and AB de Villiers.

In an interview with ESPNCricinfo, Azam stated, “I loved watching de Villiers in the early days. I used to follow him closely. I copied him a lot too. In the nets, I used to at least try some of the shots he played in the matches. Nowadays I follow Kohli, Amla, and of course, de Villiers.

He (Arthur) compared me with a very big player. I think it shouldn’t be done. But that is the coach’s thinking. Maybe the stats at the start of our careers are similar. But he is the number one batsman in the world. I want to perform at a high level for Pakistan too.”

Pakistan’s next assignment will be a five-match ODIs and three T20Is versus New Zealand from January 6 to 28, 2018. Azam will be eager to make the most of his sparkling ODI form, and build a reputation in Tests as well where he averages a mere 23.75 from 11 matches. 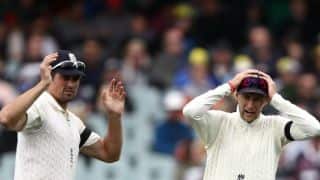 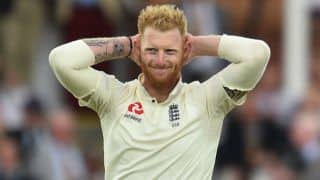