Back From IPL, Trent Boult Plays Guitar And Enjoys Food During Isolation

Back From IPL, Trent Boult Plays Guitar And Enjoys Food During Isolation Left-arm pacer Trent Boult has returned to New Zealand from the United Arab Emirates after participating in the Indian Premier League (IPL) and is currently in Managed Isolation Quarantine (MIQ) in Christchurch with his guitar and enjoying the food as he embarks on his two weeks of isolation ahead of the series against West Indies.

The 31-year-old was the third top wicket-taker at this year’s IPL with 25 wickets and was named player of the match in the final which was won by his Mumbai Indians side against the Delhi Capitals on November 10.

“I guess I had little taste of isolation when we went to Dubai before the start of the IPL. It’s pretty tuff but we are still lucky to train in the bubble after three days,” the left-arm quick told reporters on a conference call on Friday.

“I don’t even know what time we get out.

“I know that we finish up here the day before it (T20I series) starts. I’m probably just targeting the Test matches as usual. I’ve got to make sure that I’m ready for them. If I’m involved in the T20Is earlier as well then that will be exciting too,” he added.

The players will spend their first three days in isolation and once their results for Covid-19 come out negative, they will be able to train at their Sports MIQ facility from Monday.

They, along with the West Indies contingent from the IPL, will leave isolation on November 26 and be available for the season-opening T20I on November 27 at the Eden Park in Auckland.

Also in the New Zealand bubble in Christchurch are coaches Shane Bond and Brendon McCullum, who along with Black Caps trainer Chris Donaldson and physiotherapist Tommy Simsek will support the players once training commences in managed isolation.

The three T20Is will be played on November 27, 29 and 30 and the two Tests will begin from December 3 and 11 respectively. 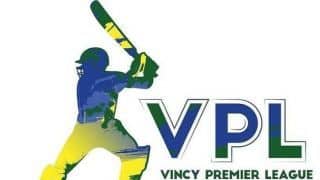 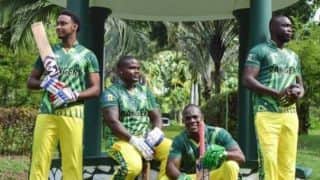