Australia cricket team did the unthinkable few days back. The ‘leadership group’ in the ongoing South Africa tour cracked a ‘master plan’ of ball tampering in an attempt to aid reverse swing in Day Three of the third Test. As a result, skipper Steven Smith and his deputy, David Warner, were removed from their posts, and opener Cameron Bancroft protagonist of the incident was slapped with 75 per cent of his match fees and three demerit points. In addition, Australia lost the Test by 322 runs.

In the wake of the entire episode, Australia media has rightly bashed the team management and poor leadership skills of Smith, Warner and head coach Darren Lehmann. To cover up for their players’ wrong deeds, Australia selectors are replacing the men-in-charge with proper replacements. Matt Renshaw, part of Tasmania’s just-concluded Sheffield Shield victory, is slated to travel to South Africa and join the squad for the final Test.

Renshaw, ignored for Ashes 2017-18 due to poor form, has been a top run-scorer in Australia’s domestic season. He slammed three consecutive hundreds 170 against Victoria, 112 against South Australia and an unbeaten 143 against Western Australia – that were instrumental in leading Queensland to the Shield final.

Co-incidentally, it was Bancroft who replaced Renshaw for the openers’ slot. Bancroft hasn’t been the most consistent but Australia team management persisted with him for South Africa series. Nonetheless, it caused a ball-tampering incident to remove Bancroft from the team, and bring back Renshaw.

Will Renshaw shift Australian media and fans’ attention from ball-tampering controversy to cricket by virtue of his good form? Time will tell. 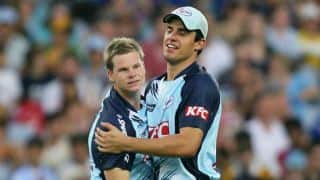 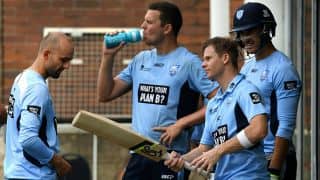