His sponsorship with the brand was at the renewal stage.

With the conclusion of the investigation, CA handed 12-month ban to Steven Smith and David Warner for ball-tampering scandal while Cameron Bancroft is given 9-month ban. Immediately after the ban Warner stepped down as the captain of Sunrisers Hyderabad (SRH) and was barred from playing in IPL by BCCI. Now, Warner has also lost the deal with LG Australia. The brand confirmed they would not want to continue their long-term sponsorship with Warner. His sponsorship with the brand was at the renewal stage.

In the light of recent events, LG have decided not to take it further. The company issued a statement on the same to Fairfax Media: “LG Australia will always look to work with ambassadors that share our core brand values and we take these relationships incredibly seriously to ensure we put our customers, employees and stakeholders first.”

Warner had been associated with LG since 2014. Warner has always been effusive in his praise for the company’s OLED TVs in advertisements.

In the above commercial, Warner is seen heaping praise on LG’s OLED TV: “I love my OLED. It’s one of the things I look forward to when I come home. I wish it was compact enough that I could put it in my suitcase and take it away.”

Warner is also the brand ambassador of Gray-Nicolls, Asics, Channel Nine, Toyota and the Make-a-Wish Foundation. These brands are yet to comment on their association with Warner. 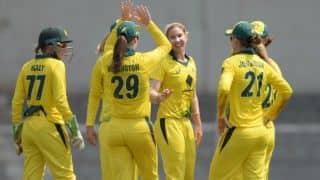