Jonty Rhodes today said it is up to Cricket Australia to take a call on Steve Smith and David Warner.

Former South Africa cricketer Jonty Rhodes today said it is up to Cricket Australia to take a call on Steven Smith and David Warner, who were involved in ball tampering in the third Test against South Africa in Cape Town.

Reports have emerged that Warner would be punished for his conduct during the Test match. Already young opener Matt Renshaw has flown to Johannesburg, indicating that Warner will also not be a part of the final Test.

Rhodes said people are calling for handing them stringent punishment, but there are different sets of ICC rules and regulations, and ball tampering does not fall under such provisions.

“People are calling out for handing it out tougher punishment for ball tampering, but it cannot be done as it falls under a different ICC codes and regulations. Such regulations can only be evoked on match fixing,” he said.

Smith has been banned for one Test by the ICC for his role in a plot that saw team-mate Cameron Bancroft tamper with the ball by using a yellow sticky tape during the third Test at Newlands.

However, if the ICC wants to change the regulations to hand out harsher punishments for ball tampering, it can do it, but it is a long process, Rhodes said.

“The regulations then should be used on players who indulge in deliberate ball-tampering, not when the players scrub the ball to remove the dirt after the ball hits the advertising boards near boundary lines,” he said.

“In my perspective, the ICC, by employing the regulations has not been soft on Australians,” he added. 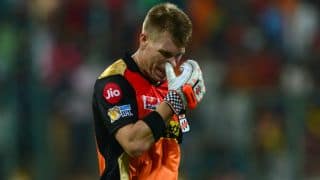 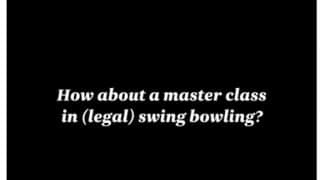