Cricket Australia will soon announce the investigation of ball-tampering incident carried out by CA Head of Integrity Iain Roy.

Steven Smith and David Warner have been banned for 12 months and Cameron Bancroft for 9 months from playing ‘elite’ cricket following the ball-tampering scandal. However, they can continue to play Grade Cricket, but the trio will be required to undertake 100 hours of voluntary service in community cricket. Cricket Australia will soon announce the investigation of ball-tampering incident carried out by CA Head of Integrity Iain Roy. Apart from the ban neither Smith nor Warner will be allowed to captain the side for two years. Shortly after the announcement, BCCI banned both Smith and Warner from playing 2018 IPL as well.

Yesterday, CA CEO James Sutherland had announced that the trio were the only members aware of the plan to alter the condition of the ball. However, all players charged with sanctions can challenge the verdict. Players are allowed to call as many witnesses they want and can seek legal help. The ban on Smith and Warner means they won’t be touring India for the limited-over series and won’t be a part of the Test side in December as well (though Bancroft will be eligible to play towards the end of the series).

Wicketkeeper Tim Paine will take over the captaincy for the fourth and final Test starting in Johannesburg, starting Friday. South Africa leading a bad-tempered series 2-1 as Matt Renshaw, Glenn Maxwell and Joe Burns fly to South Africa to replace the exiled trio. 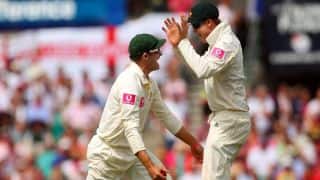 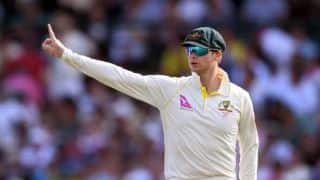