Smith and Warner have been handed 1 year ban by CA, while Bancroft is banned from cricket for 9 months.

The Australian ball-tampering row has engulfed the cricketing world since many weeks. Culprits Steven Smith, David Warner and Cameron Bancroft have been handed out punishments from Cricket Australia. Former India player Kapil Dev has now asked people to move on from that episode.

Speaking to ANI, Kapil said: “It is past now. The future generation should take lessons from the mistakes made in the past. I think it’s time we stop talking about negative things only, cricket is a positive game. You have to move on,” he added.

Smith and Warner have been handed 1 year ban by CA, while Bancroft was banned from cricket for 9 months. All players have decided not to appeal against their sanctions. It was during the third Test between Australia and South Africa that Bancroft was found rubbing sandpaper on the ball. 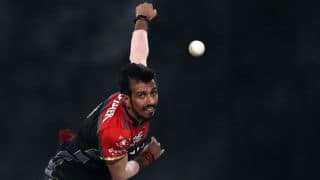