David Warner opened out for the first time since his emotional press conference at Sydney airport. He believes that despite the criticism, the episode has given him a reality check.

Banned Australian former vice-captain, David Warner says he is humbled and overwhelmed by the support he has received since the ball-tampering saga. Warner s role as the chief instigator in the ball-tampering fiasco at Cape Town in March led to him being stripped of vice-captaincy, earning a yearlong ban and two-year ban on leadership role in Australia.

Warner opened out for the first time since his emotional press conference at Sydney airport. He believes that despite the criticism, the episode has given him a reality check.

Speaking to NT News, Warner said, It is humbling and overwhelming. Sometimes you sit back and reflect and wonder do people care about you as a person.

Sometimes with our society something has to happen for the worst for people to come out and show a lot of support and I think I ve learned a valuable lesson in this myself for the support I have been given to be on the front foot to help others.

Warner has kept a low profile in Sydney since the image-tarnishing incident. However, this week he was in Northern Territory for a promotional event where he apologised for his act in Cape Town but did not divulge into the details.

Warner has not only lost the Cricket Australia (CA) contract but also lost his multi-million dollar contract in IPL 2018, where he was to lead Sunrisers Hyderabad (SRH). Warner, however, maintains that he is enjoying being out of the bubble of touring life.

I think the biggest thing for us has been when you are in a routine you can get caught in a bubble cricket, hotels, packing your bags, coming home, he said.

You are not home for long. With an extended period of time you are in a good routine but then it is selfless kids are a priority so it’s day care, swimming lessons, gymnastic lessons and then you get your quality time together as parents. (Wife) Candice and I do all those things together. We take them to these things together pick them up together. I always make sure I am able to do it all the time. I am making time now and it is worthwhile.

I ve missed that part until now where the kids run up to the gate saying, ‘Mummy and Daddy are here’, and I am really enjoying and embracing that.

On Friday, Steven Smith, through a social media post, expressed his gratitude to the fans for the support.

New Australian coach, Justin Langer, said the trio of Smith, Warner and Bancroft would be welcomed back. Selector Mark Waugh, too, noted the same. 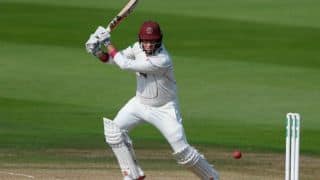