Smith spent some time in the United States following his emotional press conference at Sydney in March.

Steven Smith has returned to Australia after an extended abroad trip. Through an Instagram post, the banned Australian captain said that he has “come to terms” with the fallout from the Cape Town ball-tampering scandal and has vowed to “earn back your trust”.

This was Smith’s first social media post in a month’s time. The 28-year-old made a statement through his social media accounts on afternoon alongside a selfie of him, his fianc e Dani Willis and his dog Charlie.

He wrote, ” It s great to be back home in Australia. I have had some time away to come to terms with everything and now it s time to get back into it. The amount of emails and letters I have received has been incredible and I have been extremely humbled by the enormous amount of support you have given me. I now have a lot to do to earn back your trust. To my Mum, Dad and Dani you have been my rock through this and I can t thank you enough. Family is the most important thing in the world and I thank you for your love and support”.

Smith spent some time in the United States following his emotional press conference at Sydney. Smith and his deputy David Warner were banned by Cricket Australia (CA) for a year. CA also announced that the duo would not be considered for any leadership roles for two years. Cameron Bancroft, the Western Australian player, who was caught in the act of ball-tampering, received a 9-month suspension. Tim Paine was handed the Australian captaincy.

Smith and Warner were to lead their respective IPL teams, Rajasthan Royals and Sunrisers Hyderabad. After CA’s sanctions, even BCCI banned them from participating in the cash-rich league.

Smith revealed of the deliberate ball-tampering ploy at the press conference on Day 3 of the Cape Town Test in March after Bancroft was caught on camera rubbing a sandpaper on the ball. This led to an outrage in cricket fraternity and entire Australia. Even the Australian Prime Minister, Malcolm Turnbull condemned the act.

Darren Lehmann, too, stepped down from coach’s position, making way for Justin Langer, who is expected to better the culture. CA have also ordered inquiry on the incident and are doing their best to better the Australian cricket culture. 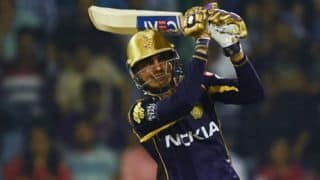