BAN vs PAK, Match 23, Cricket World Cup 2019, LIVE streaming: Teams, time in IST and where to watch on TV

Bangladesh will have the psychological advantage when they face West Indies though both teams are sailing in the same boat as far as their World Cup campaign is concerned.

Bangladesh beat West Indies as many as three times in tri-series that Ireland hosted ahead of the World Cup. Even though West Indies stars such as Chris Gayle and Andre Russell were not part of that series, Jason Holder s team still must be smarting from those three consecutive losses last month. Both teams are on three points from four games, having lost two games with one game each being a washout.

Below are the details of how you can follow the match live on TV, online and where you can check out the live score and text commentary:-

Weather: Mostly cloudy with a high of 19 degrees Celsius 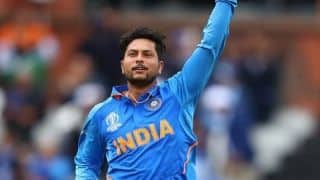