Al-Amin Hossain was the pick of the bowlers with three wickets.

Bangladesh are 25 for one at Tea on the second day of the second Test at St. Kitts against West Indies on Sunday. The visitors came back strongly to bowl out the hosts for just 380. They might have been bowled out for even less but for the indomitable Shivnarine Chanderpaul. Al-Amin Hossain was the pick of the bowlers with three wickets. Meanwhile, Kemar Roach removed Shamsur Rahman to give the advantage to West Indies.

Earlier, they picked up five wickets in this session before lunch. Shivnarine Chanderpaul held on to his wicket on one end and kept on rotating the strike. Jerome Taylore played a little gem. His quick fire 40 from just 32 balls propelled the total score past 300.

Darren Bravo was the first man to be dismissed this morning. He was followed by Denesh Ramdin, Jermaine Blackwood and Kemar Roach. they all got out cheaply. Al-Amin Hossain bowled brilliantly since morning. The Bangladeshi bowlers bowled a number of maiden overs right at the start of the day’s play and the pressure got to Bravo and after his wicket the floodgates were opened. Taylor’s innings helped them to reach 341 for eight at lunch.

Earlier on Day 1, West Indies were 232 for three against Bangladesh at stumps on Day One of the second Test at St. Kitts thanks to openers Leon Johnson and Kraigg Brathwaite, each of whom scored a fine fifty. Darren Bravo and Shivnarine Chanderpaul took West Indies to a commanding position by Stumps. 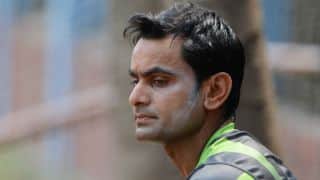 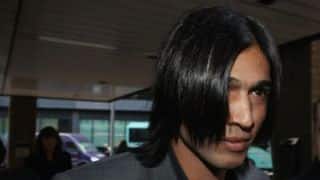