The BCB has agreed to play the series in India, however the dates are still to be decided.

The three match ODI series between Bangladesh and Afghanistan would be played at Dehradun in June as said by BCB chief executive Nizamuddin. The Bangladesh Cricket Board has agreed to play the series in India, however the dates are still to be decided.

“We have decided in principle to play Afghanistan in India’s Dehradun for a three-match ODI series after they proposed it in recent past,” Nizamuddin told Cricbuzz. “We are still in discussion about the itinerary but most probably it will be played in the first week of June,” he said.

Afghanistan, who recently made news when they earned their Test status would be touring India for their maiden Test starting from June 14. The BCB officials are looking for a date before the Test match. In 2015-16, BCCI had permitted Afghanistan to use of Shahid Vijay Singh Pathik Sports complex in Noida as their home ground. 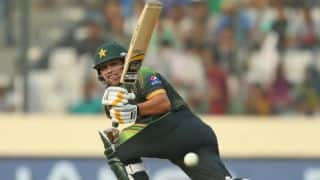 New Zealand vs England 1st Test 2018 Live Streaming, Live Coverage on TV: When and Where to Watch