Bangladesh and South Africa are currently involved in a two-Test series.

Bangladesh have named a 15-man squad for the upcoming three ODIs versus South Africa. Uncapped Mohammad Saifuddin has been included along side wicketkeeper-batsman Liton Das. Tamim Iqbal, who will miss the second and final Test at Mangaung Oval, has been drafted in as well. Bangladesh selectors will hope the left-hander returns to full fitness before the series opener on October 15 in Kimberley.

Nasir Hossain, who made a Test comeback in the home series against Australia in August, returns to the ODI fold after been overlooked following the New Zealand tour. Liton also makes a return having last played against Zimbabwe in 2015. On the other hand, Mossadek Hossain, Shafiul Islam and Sanjamul Islam have been left out.

In addition, Mahsrafe Mortaza will lead the side, and Shakib Al Hasan will join the camp after being granted a Test sabbatical. 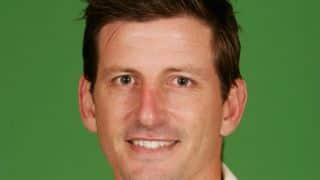