Bangladesh announced their 30 member squad for next year’s ICC Cricket World Cup 2015, scheduled to be held in Australia and New Zealand. The mega event will start from February 14 and the final will be played on March 29. Bangladesh is placed in Group B of the initial pool with teams like Australia, New Zealand, Sri Lanka, England etc.

The 30 probables members for Bangladesh are: 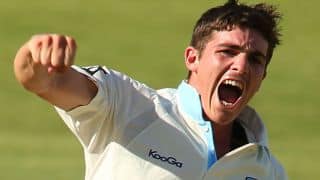