Bangladesh, who were set a target of 101 lost three quick wicket without a single run on the board.

Bangladesh became a part of the world record which they never would have wanted to after succumbing down to three wickets without posting a single run on the scoreboard for the team at the beginning of the second innings against Zimbabwe in the first Test at the Shere-e-bangla stadium in Mirpur, Dhaka.

Bangladesh, who were set a target of 101 lost three quick wicket without a single run on the board. Batsmen Tamim Iqbal, Shamsur Rahman and Mominul Haque were dismissed for a duck each and kept the hope alive for Zimbabwe to clinch an enticing victory.

This has been the fifth instance when three batsmen have been dismissed for a team failing to get off the mark. Currently, Australia top the chart followed by India, Zimbabwe and Pakistan.

The table below shows the details of the top five instances when three wickets have been lost by a team failing to open the team account:

However, it must be noted that India were reduced to 0 for 4 at Headingley. Vijay Manjrekar fell for a golden duck off Trueman the next ball. While Nuwan Zoysa and Irfan Pathan, both took a hat-trick in those hauls. 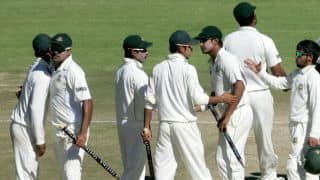 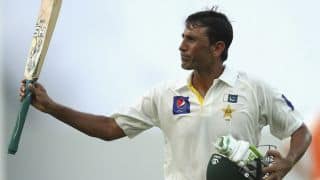