All-rounder Mahedi Hasan and U-19 vice-captain Afif Hossain are among the five uncapped players, named in the 15-man Bangladesh squad

Dhaka: All-rounder Mahedi Hasan and U-19 vice-captain Afif Hossain are among the five uncapped players, named in the 15-man Bangladesh squad for the first T20I against Sri Lanka, beginning February 15 at the Shere Bangla National Stadium, Dhaka. Besides the duo, pacer Abu Jayed, Ariful Haque and Zakir Hasan have also been included in the squad. Seamer Jayed was the second highest wicket-taker in the Bangladesh Premier League (BPL) in 2017, while Mahedi bagged ten wickets at a strike rate of 25.70 in the league.

Batsmen Ariful and wicketkeeper-batsman Zakir were also impressive in this year’s BPL. Bangladesh, who have made seven changes in the side, have also called back seamer Abu Hider after a gap of two years, ESPNcricinfo reported. Meanwhile, Tamim Iqbal and Mustafizur Rahman also returned to the side after being ruled out of the South Africa T20Is in October due to respective injuries.

Imrul Kayes, Liton Das, Mehidy Hasan, Shafiul Islam, Mominul Haque, Nasir Hossain and Taskin Ahmed have all been left out from the side. 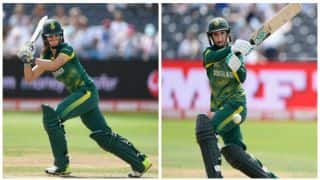 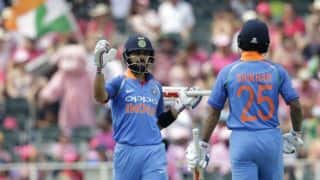