Skipper Mushfiqur Rahim pleaded Monday for Bangladesh to be given more Test matches after the cricketing minnows fell agonisingly short of an historic victory over England.

Chittagong: Skipper Mushfiqur Rahim pleaded Monday for Bangladesh to be given more Test matches after the cricketing minnows fell agonisingly short of an historic victory over England. While England’s main challenge is to manage their players’ workload, Bangladesh struggle to arrange series against top-flight opponents and the just-concluded match in Chittagong was their first Test in 15 months. While India have agreed to host their first-ever Test match against Bangladesh next year at home, it will be a one-off and will do little to sate the hunger of a cricket-mad nation. FULL Cricket Scorecard: Bangladesh vs England 1st Test at Chittagong

Rahim made his Test debut back in 2005, the same year that his opposite number Alastair Cook made his first appearance for his country. But while Cook broke the England record in Chittagong by winning his 134th cap, Rahim was making only his 49th appearance a stark illustration of how little Test cricket Bangladesh are exposed to. ALSO READ: Ben Stokes saves the day for England; inspires them to famous win

While Bangladesh have made big strides in one-day cricket, winning six homes series in a row before losing to England earlier this month, Rahim says their lack of opportunities is holding them back in five-day cricket.

“You can always improve if you play more Tests,” said Rahim. “I have felt that each of my Tests has been like a debut game, and I have played 49 Tests so far. I think we should play more Tests, which will give you more consistency in the other formats.”

Bangladesh were to have hosted Australia for a Test series last year but the tour was scrapped at the last minute over safety fears. England’s tour was also in doubt after a deadly attack on a cafe in Bangladesh’s capital Dhaka in July which was popular with tourists.

Since being invited to join the game’s top table 16 years ago, Test cricket’s newest nation has lost 72 of its 94 Tests and won just seven — five of them against fellow strugglers Zimbabwe. Bangladesh entered the fifth and final day of the first Chittagong Test needing just 33 runs for victory with two wickets left, but could only add 10 to their overnight score.

Rahim refused to be downhearted and said there were many reasons to be proud at running England so close. “We can take a lot of positives — Miraz (Mehedi Hasan) and Shakib (Al Hasan) bowled well. Tamim (Iqbal) batted well… it was a good Test for Bangladesh,” he said.

The 18-year-old Hasan took six wickets on his debut while Tamim’s fighting 78 helped Bangladesh post a competitive first innings total, albeit less than they hoped for at one stage after a lower-order collapse.

Rahim said the outcome should not be blown out of proportion. “If we would have won, we wouldn t become an extraordinary Test side. But we ended up achieving much of what we had set ourselves.” 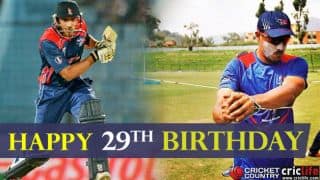 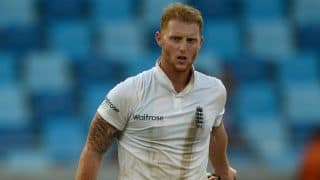