Watson, 38, brings to Khulna Titans the experience of 316 T20 matches.

This will be ninth T20 franchise for Watson after the representing various teams in the Big Bash League, Indian Premier League, Pakistan Super League and Caribbean Premier League. He had signed for Dhaka Gladiators ahead of the 2017 BPL season but did not participate on account of an injury.

Watson, 38, brings to Khulna Titans the experience of 316 T20 matches from which he has amassed 8182 runs at a strike-rate of 138.74 and taken 216 wickets. Khulna Titans finished last in the previous BPL season.

“I am super excited to join the Khulna Titans for the upcoming Bangladesh Premier League season,” he said. “The coaching and management team at the Khulna Titans are putting together an amazing squad, so hopefully we can bring home that title that we have always been looking for.”

Watson retired from the BBL in April but remains an active T20 freelancer, nearly winning Chennai Super Kings their fourth IPL title in May. 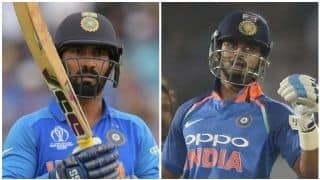