Bangladesh have recalled batsman Mahmudullah in their Test squad for the upcoming two-match series against South Africa beginning September 28. Meanwhile, pacers Subhasis Roy and Rubel Hossain have also been included in the 15-member squad in a bid to strengthen their pace attack. Star all-rounder Shakib Al Hasan, who was granted a break from South Africa Tests and Nasir Hossain, who underperformed in his comeback series against Australia, were excluded.

Bangladesh Cricket Board (BCB) has announced a 15-member squad for the Tour of South Africa 2017.#SAvBAN pic.twitter.com/xBtbalecNw

Akram Khan, the BCB’s cricket operations chairman, said that although Shakib would be allowed to take rest during Bangladesh’s tour of South Africa, he has the option of playing the second Test. “Shakib wrote a letter to us asking for a six-month break. He can miss the first Test against South Africa but if he wants, he can play the second Test. He will not be traveling with the team but he can tell us what he decides to do,” ESPNCricinfo quoted Akram as saying.

Akram confirmed that the Bangladesh all-rounder had made the request in a bid to prolong his international career. “We can’t always be thinking about us. We should also keep his fatigue into consideration,’ he said.

Shakib, who has kept himself available for the limited-overs series, has been Bangladesh’s most consistent performer in the last 10 years, having played 51 Tests so far while missing just seven since becoming a regular member of the side. It will be the first time that a Bangladesh player will voluntarily miss a Test. 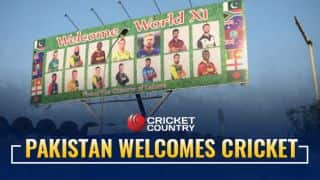