Vernon Philander has been continuously marred with injuries in recent past.

Vernon Philander is set to miss the two-Test series between South Africa and Bangladesh. Philander had missed the fourth and final Test in South Africa’s tour of England. Suffering from back pain, he was set to play for Cape Cobras in order to make himself available for the second Test versus Bangladesh. Nonetheless, he was left out of Cobras’ squad owing to his present condition, and stands ruled out of the Test series.

Philander has faced severe criticism for his frequent injuries. Graeme Smith was not at all impressed with his fitness. However, Philander told Independent Media, “It’s international sport, you’ll always find criticism. As long as it’s constructive, then I’m all for it. You’ve got to take it on the chin.”

Philander further added, “Myself and Faf (du Plessis) had a good chat afterwards, the way the two of us nailed down things was quite constructive at the end of the day. As long as you’re open and honest with each other, that’s the key thing. He made his view clear and obviously I made mine clear to him. As long as we understand each other, we’ve got a road to walk together.”

South Africa are already without the services of three premier pacers in form of Dale Steyn, Chris Morris and now Philander. Ahead of the series opener versus Bangladesh, du Plessis stated, “Dale has been away from the squad for a while. He still got a few boxes to tick. We wanted him to be around the group again. We want to make sure he still feels important because he is a very crucial part of our team and we also wanted him to help out with the younger bowlers.”

The first Test between Proteas and Bangladesh will commence from September 28 at Potchefstroom. 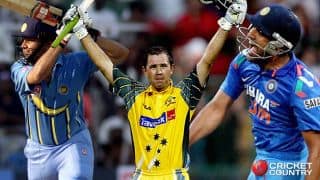