Bangladesh won the tournament opener versus Zimbabwe, whereas Sri Lanka are yet to get off the mark.

Bangladesh ODI skipper, Mashrafe Mortaza, played down ‘Chandika Hathurusingha‘ factor ahead of the third match of the tri-nation series versus Sri Lanka. Bangladesh’s former coach, Hathurusingha, is currently serving Sri Lanka cricket. Hence, he remains a common factor between both sides. He is bound to be aware of his former side’s strengths and weakness, but Mortaza stressed on the ‘importance of winning’ apart from such factors.

Mortaza told, “To be honest it does not matter (Hathurusingha presence). There is nothing else to think apart from winning the match. Ultimately if you think too much, pressure is bound to creep in. Everyone is thinking of playing against a team rather than thinking about an individual.

We have to play the Zimbabwean brand of cricket that they displayed yesterday. It is not like Zimbabwe won without playing good cricket. Sri Lanka can come up with similar brand of cricket so we must be ready to tackle that situation,” added Mortaza.

Under Hathurusingha, Bangladesh cricket improved leaps and bounds. They defeated India, Pakistan, South Africa, and also drew Test series versus England and Australia at home. They also entered the semi-final of 2017 Champions Trophy. The former Sri Lankan would hope for similar such performances coaching his national side, struggling in coloured clothings.

If Sri Lanka win tomorrow, this would be their first victory in Hathurusingha’s tenure against his former side. 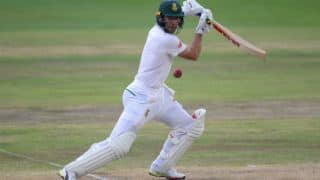